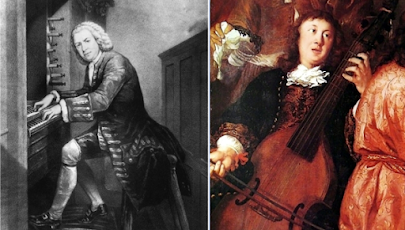 Arnstadt to Lübeck just to hear his music in person.

For the 20-year-old Bach, the elder composer represented everything he hoped to be—an autonomous musician with a flair for both drama and subtlety. Bach knew Buxtehude’s music through study. But hearing it live made a lasting impression, and the young composer crafted many of his later works with the same ear for spectacle.

That blend of reverence and urgency  provided the ideal vehicle for guest conductor Jonathan Cohen and the Handel and Haydn Society, who offered cantatas by Bach and Buxtehude in their season-opening program at Symphony Hall on Friday night.

Bach’s cantatas vary widely in form, though many of his biggest works showcase a vibrancy and power. Buxtehude's surviving cantatas are smaller on scale. Yet they routinely capture reflective solemnity.

They also, at times, channel an amusing levity. His Der Herr ist mit mir concludes in an “Alleluia" that spotlights the chorus in delightfully stuttering phrases. Cohen’s clear direction revealed all its charm and an otherwise stoic assurance.

Indeed, the cantata tells of Christ coming for his bride, the church. Yet Snouffer and Sumuel made such religious symbolism into a warm duet between lovers. The accompaniment was just as affecting: Christian Day Martinson’s piccolo violin provided silvery complement, while Debra Nagy’s oboe solo conveyed pastoral sweetness.

Gloria in excelsis Deo is Bach’s only extant cantata with a Latin text. Cohen and the chorus made it into a joyous song of praise and thanksgiving. The “Gloria Patri,” reused from Bach’s Mass in B minor, displayed Snouffer and Hadji in lyrical delicacy.

Rounding out the concert was Bach’s familiar Orchestral Suite No. 3. The H&H period instrument orchestra sounded as good as ever. Lines shaped with colorful dynamics conveyed the momentum and zest of the overture and dance movements. The famous Air, enhanced by Cohen’s rippling harpsichord arpeggios, made for a sensitive departure.

For an encore, Cohen led Bach’s “Jesu bleibet meine Freude” with tenderness and grace—Bach’s most memorable and enduring qualities.

The program will be repeated 3 p.m. Sunday at Symphony Hall. handelandhaydn.org 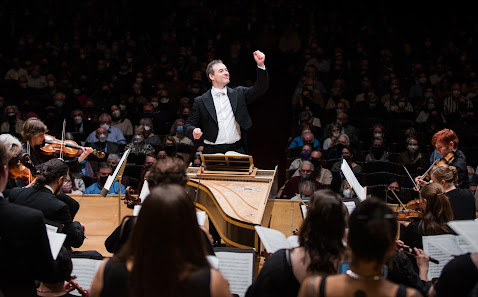 Cohen returns to Handel and Haydn Society in style

Photo: Sam Brewer The current season of the Handel and Haydn Society continues to be one to watch. Underscoring the varied concert offerings has been the long farewell of conductor Harry Christophers, who is stepping down next month after thirteen years at the helm. His tenure has been one of unprecedented success, and he will leave behind a legacy of artistic excellence unmatched in the recent history of the country’s oldest musical organization.   But mum has been the word from H&H management over who will fill his shoes. CEO David Snead said in January that the process to find the next artistic director is an extensive one that “will take as long as it needs to.”   In the meantime, the season has witnessed a host of podium guests in stellar H&H performances that leave one to wonder if any of them could find themselves in a long-term commitment in Boston. Raphaël Pichon made an excellent impression in December, bringing depth and precision to the ensemble’s 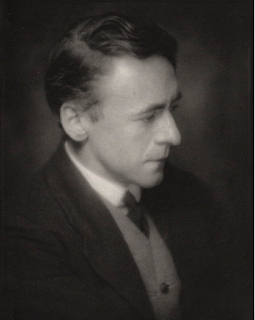 Arnold Bax's Symphony No. 2 and the Boston Symphony Orchestra

There’s no doubt that Serge Koussevitzky left an indelible impression upon music of the twentieth century. In his twenty-five years as conductor of the Boston Symphony Orchestra, he commissioned and led a host of works that have become modern classics. During his tenure with the BSO, he brought Stravinsky’s Symphony of Psalms and Hindemith’s lesser-known Konzertmusik into the world. And with the Koussevitzky Foundation, which the conductor founded in 1942, he commissioned Samuel Barber’s Prayers of Kierkegaard and Copland’s Symphony No. 3. The Koussevitzky Foundation also brought to life Arnold Schoenberg’s Survivor from Warsaw (though the BSO did not premiere this work) , Arthur Honegger’s Symphony No. 5, Walter Piston’s Symphony No. 3, and Roy Harris’s Symphony No. 7, among others. Some of these works go unheard today. One such Koussevitzky commission that has fallen into the dustbin of history is Arnold Bax’s Symphony No. 2, which the conductor led in its world premiere with